The past few days in Milan have been rainy and cold, leaving my spirit feeling like the smushed tip of a banana that you grimace at before throwing in the trash. Bruised and lost in a sea of garbage.

But yesterday the grey monochrome expanse formally known as the sky broke up to reveal the sun (!!!), and I was inspired to wear something that reminded me of warm weather.

An ode to cat-eye sunglasses: You make me look like a huge brat. But that shape. Those lenses. I couldn’t leave you if I tried.

And then there is this ring. I hesitate to refer to it as a single accessory, because it is an entire garden motif. When I bought this from a small shop that I could see glittering from the opposite end of the street, I questioned whether it was appropriate to own a ring with more going on than the Grand Bazaar in Istanbul. But someone once said that the scope of one’s attire is limited only by the scope of the wearer’s ability to dream.

That someone was me. I said that. And then I bought the ring. 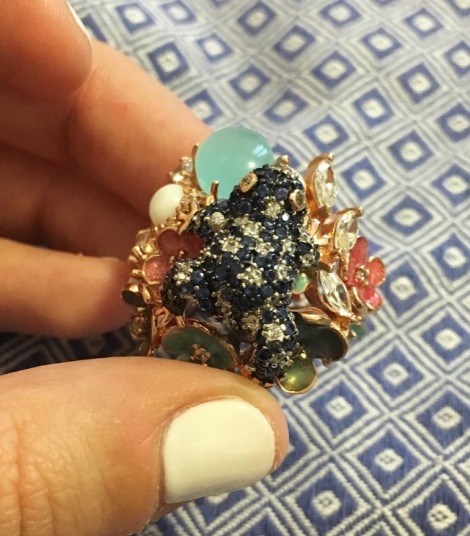 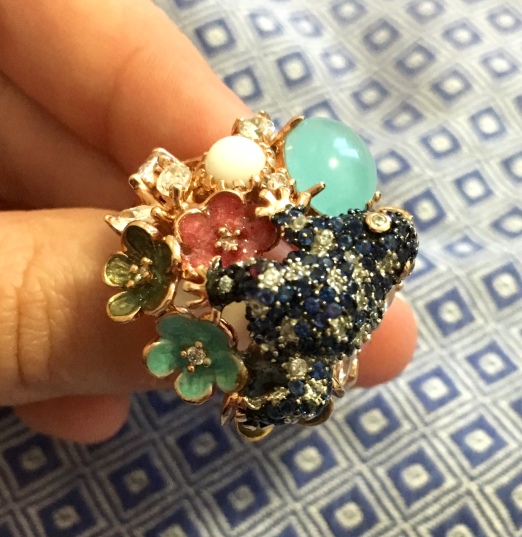 After running up to the man who works at the front desk where I live and asking him if he wanted to see the ring I just bought, he asked me if I liked frogs. The answer is not particularly, although when I was a young girl I did have some pet tree frogs who ended up eating each other. So, this ring is for you, cannibal tree frogs. I’m not just saying that to avoid buyer’s remorse.